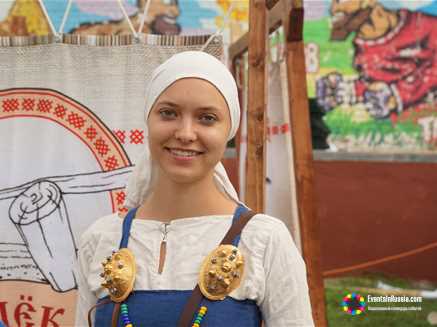 In one of the picturesque places of the Tambov region, there is an old village of Atmanov Ugol whose residents follow an unusual tradition of fisticuffs. “Atmanov kulachki” is a traditional Russian game that used to be played in the village during mass gatherings. The fisticuffs were timed to the celebration of the feast day of the village – the Dormition of Our Most Holy Mother of God. The tradition is still alive as thousands of people come from all over the world to watch the fisticuffs.

Visitors will enjoy the packed two-day program of the festival including craft exhibition and fair, master-classes and creative laboratories developing folk games, Russian dancing, traditional martial arts, performances of pop and folk bands. But the focus is centered on the line-fight fisticuff organized according to the traditional rules.

Fans of Russian dance and folk music will have the best time of their lives at “The Boyar wheel” festivity which is a competition among the best accordion players and dancers that adds to the positive vibes of the festival.