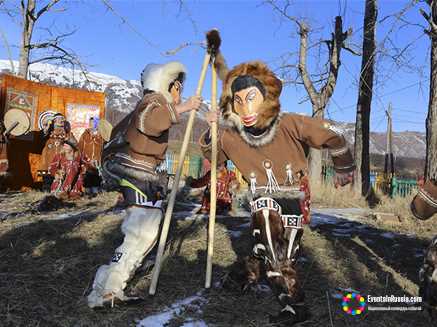 Koryak ceremonial feast of the seal "Khololo" is a holiday, which marks the end of the seal hunting seasons. It is traditionally celebrated by the Koryak people who live on the shore. “Khololo” is a concentration of ancient customs, ritual dances and songs. The holiday begins with the rituals of "Thanksgiving" and "Atonement”. The guests of the festival get to taste the original Koryak national dishes of meat and fish, listen to the indigenous songs and music, including the playing of the tambourine, watch the Koryak rituals and competitions, where women are challenged in dancing and men in their strength, agility and prowess.