International festival of music and arts "Voices of Victory. Leningrad" 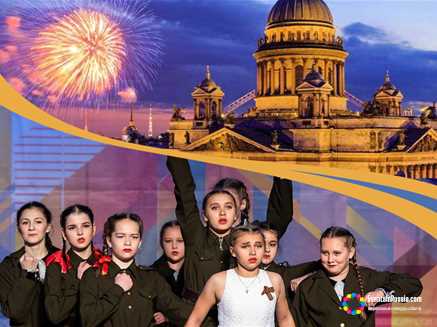 Saint-Petersburg of the XXI century - the historical successor of the hero-city of Leningrad, which heroism and will of the hardest days of the Blockade during the Great Patriotic War became a model of fortitude, unshakable faith in their own strength in the face of the enemy, readiness to defend their Homeland to the last drop of blood, every second fight for tomorrow. Many of the city’s sights are silent wartime witnesses. Here is the Anichkov Bridge, which keeps the wounds from boolets, here is St. Isaac's Cathedral, which has a commemorative plaque: "These are traces of one of the 148 478 shells fascated in Leningrad in 1941–1944," and the Savior-on-Blood temple in the central the dome of which, 18 years later, was miraculously found on a exploding German high-explosive shell. This May, we want you to certainly hear the voices of the Victory over Petersburg with us!