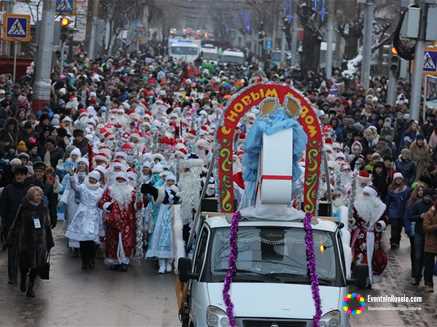 The parade of Santa Claus is the main event in the series of new year events. Costumed procession consisting of Santa Claus, snow Maidens, Snowmen, Snowflakes and many others, which follows the Central streets of the city, creating a fabulous festive atmosphere around. . After the procession, the holiday moves to the main square of the city, where the parade participants congratulate everyone on the coming new year, open the city Christmas tree and the Central skating rink. Completes all the bright presentation and Christmas flashmob. In addition, in the Central part of the Park "Pokrovsky" at this time there is a hut of Santa Claus, which can be visited by anyone and make a new year's wish.