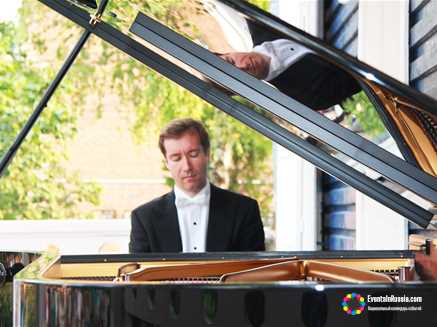 Every year at the end of August, Nikolai Lugansky, the People’s Artist of the Russian Federation, gives a traditional concert in S. V. Rakhmaninov Museum Country Estate called “Ivanovka”. This is the main cultural event of the season that always attracts a large number of visitors to the estate. The program will include works by Russian and foreign composers.

Nikolai Lugansky is an outstanding Russian pianist, a soloist of Moscow Philharmonic Society, a professor of Moscow P. I. Tchaikovsky Conservatory and a big friend of Rakhmaninov estate. Thanks to his support, it was possible to reconstruct some parts of the manor house like the memorial library, A. A. Satin’s office, V. A. Satina’s and Sasha Satin’s rooms as well as S.V.Rakhmaninov’s study and M. A. Shatalina’s room in the wing. It is by in the outhouse: the office of S. V. Rakhmaninov, the room of M. A. Shatalin. By N. L. Lugansky’s initiative, Elena and Gennady Timchenko’s charitable foundation donated Steinway grand piano.