The Music Festival "The Summer in Tobolsk Kremlin" 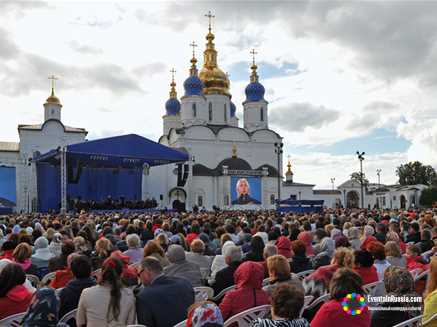 The prestigious event was started in 2006 by M.P. Mussorgsky opera "Boris Godunov".

The world-famous opera singer Dmitry Khvorostovsky is invited to participate in the festival in 2014. The grand concert of Khvorostovsky at Tobolsk land will be held on July 19. The new concert programme of the singer “The Songs of Soviet Composers” will be accompanied by the orchestra of the theater "The New Opera".

In the days of the festival the exhibition of products by masters of applied and decorative arts "The City of Masters" will take place as well as an open-air performance of Tobolsk Drama Theater named after P.P. Ershov, the Governor's Ball and sightseeing tours along the river of Irtysh.