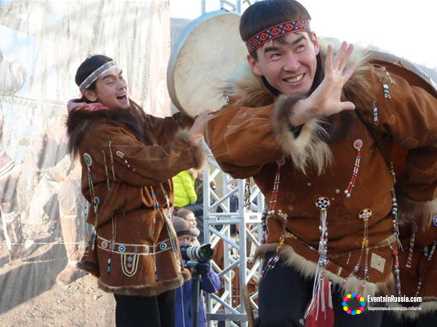 This holiday is celebrated on the day of the summer solstice. According to ancient beliefs of the Even people, the gates of heaven open only on certain days of the year, including the 22nd, 23rd and 24th of June. These days mark the beginning of a new year and the beginning of a "new sun".

The program includes: national workshop and theatrical productions of the tales of indigenous peoples, a series of games titled "Tundra does not like the weak ", an ethnicallythemes disco and dance marathons for adults and children.