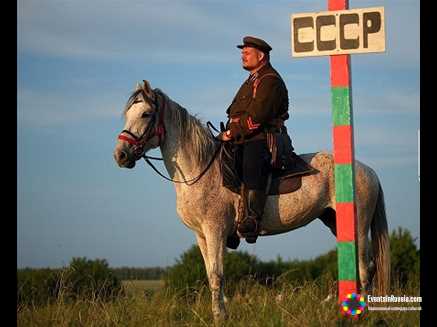 Events of the first days of the Great Patriotic war will be recreated on the Day of Memory and Grief Festival on June 22 in the Alvidino village, Tatarstan Republic, which is the homeland of the Soviet Union hero Peter Mikhailovich Gavrilov. Guests of the Festival will be met by a military orchestra and couples whirling in a waltz and Foxtrot. There will be photo zones, blindages, trenches and the dugout in which Peter Gavrilov was born and grew up, as well as a fragment of the Brest fortress wall created especially for the Day of Memory and Grief. Guests will be able to visit the world's only Museum of One hero, to see exhibitions of weapons and medals, household items of the war years, to take a selfie against the background of the military equipment.

Festival highlight: reconstruction of the first War day and the battle for the Brest fortress with a lot of pyrotechnic effects, bombardment, military equipment and more than 100 reenactors from all over Russia participating in the reconstruction. In addition, the Festival will feature paratroopers, aircraft modelers and fencers, special concert venues, military tactical games that will introduce our modern army reality. There is an opportunity to take part in the reconstruction as extras and pass through the heart and soul events of the Great Patriotic war. The Festival "Elbeden" War games” took 2nd place at the final of the Volga Federal district and the UFO National award in the field of event tourism "Russian Event Awards" 2018 in the category "Best idea of a tourist event."

In addition, it is planned to recreate a fragment of the Brest fortress wall specifically for the Festival. One more unique feature is that apart from historical show with the events of the Second World War, there will be modern army reality, paratroopers demonstrations and so on.