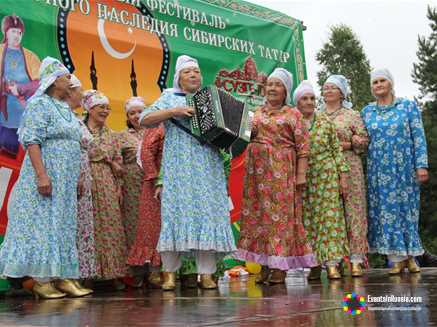 neighboring countries participate in a festival. The program of a festival include:

conference devoted to the Siberian Tatars history and culture , in a public prayer

(hatym-ash) in honor of ancestors, in various national competitions (horse races, tatar national fight), to try dish of ethnic cuisine, to visit exposition of museum, to get acquainted with creativity of national handycrafts.